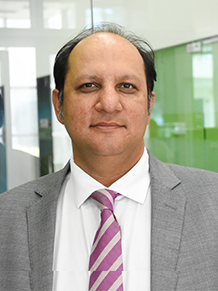 Sajjad is the Chief Commercial Officer at Cupola Group MEA, where he’s in charge of all things related to revenue. He’s a total sales machine and has even won some fancy awards for it. Sajjad proudly displays his MBA (and top ranked student certificate) from Keele University and his BBA from European University in his office. While he is academically accomplished, the real reason for his success is his personable approach and positive outlook. It also helps that he built up his sales pedigree at Memo Express (Aramex) and Al Nabooda Automobiles prior to Cupola.