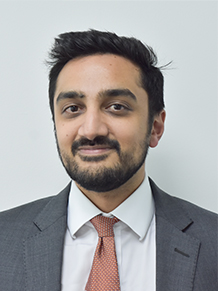 Taimur is the CEO and wannabe boss man at Cupola Group MEA responsible for running the business and growing the company’s bank account. He’s cut his teeth at the company in a number of operational and business development roles. Before Cupola, Taimur was an investment banker at J.P Morgan in New York. He puts that experience to use occasionally when the company looks at M&A deals.

He’s also got some impressive education under his belt, with an MBA from the University of Chicago Booth School of Business and a B.Sc. from the Wharton School of the University of Pennsylvania. Taimur used to be a pretty good football player until he tore his ACL four times, so now he’s stuck playing golf (not very well). When he’s not working or golfing, you can find him cheering on Arsenal.